hustle of virtual waiting rooms,
hustle of phone calls, in-boxes,
coordinating friends, hustle
of pacing in living-rooms, offices,
coffee shops to keep from screaming
at getting locked out, hustle
of choosing which friend
doesn’t get to go because you
only got three passes;
hotel room lottery hustle, how many
people can pack into a hotel
room like animals in cages or children
at slumber parties, hustle of not
stepping on roommates&#39; bodies
or nerves, hustle of still
being friends after four days;
hustle of making it to anything
on time, navigating the press
of people also hustling to keep
a schedule, shuffling along the sidewalk
because everyone else gotta slow hustle
to see every new display bombarding,
tantalizing, overstimulating, foot-traffic
jamming, hustle of cosplayers strutting,
preening, and photo-opping, which cascades
into rubberneck observing and hustle
of lonely nerds hustling to memorize
every contour of where the costume
is… and where it isn’t on her skin,
and the hustle of coordinating schedules
to have some time alone in the room,
but never considering the hustle of meeting,
and wooing, just the hustle of what
comes after, and then the hustle of purging
daydreams after the crowd reabsorbs her;
hustle of artists, eyes scanning
voices ready to lure those hustling
to get from point A to point B without
going over their spending budget
to stop and take a look, after
all everyone is hustling to find
new things by artists hustling

for their thing to be the next
big thing so they can hustle
to say they loved that big thing
before everyone else was hustling
to love it;
hustle of sleeping on the street
for the privilege of feeling the euphoria
of being one of the people who hustled
enough to be the very first to see
something everyone is hustling once
it’s posted on the internet
a few hours later;
hustle of security, keep everything
flowing, no stopping, no gawking, never
mind vendors and designers struggling
and hustling since last year
to create even more glitz, glamour,
zazz, pizzaz, and razzamatazz to draw
attention away from everything else
trying to draw the attention away from
“Sir or ma’am, you’ll have to hustle on;”
hustle of the press, hustling
like big game hunters, prowling
for that perfect shot of abcdefg list
celebrities hustling to promote
latest projects because marketing
knows comic con is the place to hustle
and since every other marketing department
knows this, the lower on the abcdefg
ladder a celebrity is, the more
they better hustle to ensure a strong
opening, and maybe… just maybe
they will get higher on the list,
which comes with the prize
of getting to hustle more;
hustle of remembering to shower, finding
shortest lines to get food, and the right
line for that one panel, exclusives,
meeting friends for drinks by the pool,
grabbing freebies, glancing into every
restaurant and bar to see if someone
famous is inside;

hustle of figuring out how to explain
every single purchase, with bills
piled at home hustling to be paid;
hustle to keep hustling for five
days straight, ignoring fatigue,
sensory overload, and remembering
it’s okay not to see everything
because no amount of hustle will let
anyone see everything, and that thought
starts the hustle of trying to outrun
memories of comic cons past, creeping
and sneaking up on this year,
comparing, reminding that this year
isn’t as good as other years,
and when you get home, this year’s
memories start hustling to be part
of next year’s chorus
because this year’s hustle
was frakkin epic. 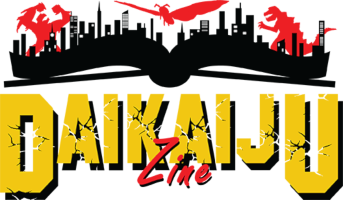